Igbo people built the first community-driven Airport in Africa. This airport is in Ngor Okpala Local Government Area, Imo State. It was built under the first civilian governor of Imo State, Dee Sam Mbakwe in 1983, and was named after him.

The building of the airport begun with the administration of the first civilian governor of the old Imo State (now, Imo, Abia, and Southern Ebonyi states), Dee Sam Mbakwe, in 1983 from the generous contributions of the indigenes and people of the state and throughout the Igbo land. It is to be noted that while this is the first state-owned airport, it is worthy to acknowledge also that it is the first community-driven airport project ever known, at least, in the West Africa. The project enjoyed immense support from then successive Federal Military Governments, especially under Navy Captain James N. Aneke, who saw its completion, commissioning, and operational commencement on 15th July 1994 under late General Sani Abacha.

The People That Made It Happen

On the list that surfaced online lately, it captured the names of notable Igbo Business Owners. Some names were typewritten while they wrote others with a biro. 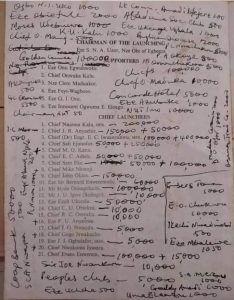 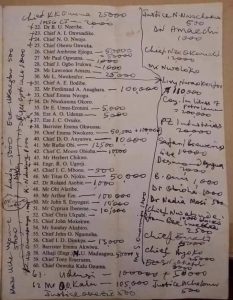 For decades, this airport built by the people served the commercial city of Onitsha, the automobile and manufacturing city of Nnewi in Anambra State, the industrial hub of Aba, Umuahia, and Arochukwu in Abia State. Other beneficiaries are Okigwe, Oguta, and Orlu business districts in Imo State. The airport serves some parts of Akwa Ibom and Cross River States in the South-South part of Nigeria. 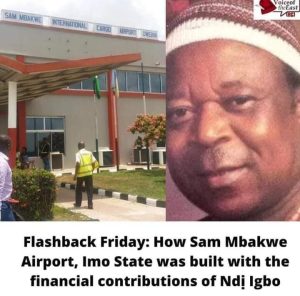